This week, people around the world are celebrating Earth Day’s 50th anniversary.

Here at PhotoShelter, we’re teaming up with our partners at the International League of Conservation Photographers (iLCP) to share the stories of conservation photographers from around the world.

This week, in honor of #EarthDay2020, we’re highlighting the inspiring work of The International League of Conservation Photographers (@ilcp_photographers). Follow along as we share the story of this nonprofit, how they use our tools, and why #visualstorytelling is a core part of this organization’s mission. . “Our mission is to support environmental and cultural conservation through ethical photography and filmmaking. We are made up of over 100 of the world’s best conservation photographers and filmmakers who harness the power of storytelling to act as a catalyst for conservation. . In 2020, we are celebrating the 15th anniversary of iLCP and it is incredible to look back on how much the organization has grown and what we have accomplished. We are using this anniversary as a way to affirm what storytelling and collaboration can do and to inspire us to move forward, invigorated to tackle new projects and work towards conservation goals.” – Brooke McDonough, Development and Communications Manager . Photo by @matherpeter / @ilcp_photographers

As always, we also spent a healthy amount of time on Earth Day scrolling through all of the beautiful photos, videos and campaigns you and your teams were sharing on social media. All we can say is, thank you – this is the content we need right now.

Check out some of our favorite Earth Day posts below!

The team at the Outrider Foundation works every day to educate people about global challenges like climate change. For Earth Day’s 50th anniversary, Outrider produced a beautiful film featuring the voices of activists fighting for the environment, including Tia Nelson, the daughter of Earth Day founder Gaylord Nelson. It’s thoughtful, riveting and visually stunning – don’t miss it.

For the first time ever, National Geographic published its print magazine with a flip cover to celebrate half a decade’s worth of #EarthDay. Even cooler, the cover is actually a portal to an Instagram augmented reality experience that gives readers a look ahead to 2070. Check out the highlights here.

In celebration of the 50th anniversary of #EarthDay, our first ever flip cover explores two very different futures in 2070. Will we succeed in saving the planet? https://t.co/a2GJuOu3cj pic.twitter.com/mG2Y9WoQs3

NASA celebrated Earth Day by giving us a direct connection to their team. All day, NASA team members took over the organization’s social media channels, answering questions and giving us an astronaut’s look at our planet. NASA Astronaut Jessica Meir even went live on Instagram from the International Space Station, taking questions and giving earthlings a tour of the laboratory.

To celebrate the 50th anniversary of #EarthDay, @NASA’s @Astro_Jessica gives us a look at life in space. 🚀🌍👩‍🚀💌🛰💫 https://t.co/cLMdIajY1j#EarthDay50 pic.twitter.com/FaieowEhbw

Australian NBA player Patrick Mills spoke earnestly to fans on NBA Cares’ Twitter, sharing his passion for the environment and his commitment to helping his home country recover from devastating bushfires. This is a great way to create a true connection between a star player and basketball fans, bringing together through shared values.

On #EarthDay, @Patty_Mills talks about how he & his fellow @NBA players responded to the Australian bushfires & how this experience instilled in him the importance of taking care of the environment.#NBATogether #NBAGreen pic.twitter.com/z9490bqe4B

Between my love for Google Doodles and my love for bees, I’m having trouble containing my excitement on this one. This adorable doodle, made in partnership with the Honeybee Conservancy, raised awareness about the vital role bees play in our environment, and about all the ways you can help save the bees. What could bee a better way to generate buzz this Earth Day? 🐝

It took a hive to make today's interactive #EarthDay #GoogleDoodle possible 🐝🐝🐝 Huge thanks to @honeybeetweets for collaborating with us!

On this 50th Anniversary, the Florida Aquarium announced a major first. This fascinating video of tiny coral larvae shared the big news that for the first time on record, the aquarium was able to reproduce ridged cactus coral in human care. This innovation is an important step toward restoring our coral reefs – and with visual content like this, we get a front row seat.

Happy #EarthDay! 🌎 The Florida Aquarium has made history once again! This time becoming the first in the world to reproduce ridged cactus coral in human care. 🌵😮 Until now, the larval release time of this coral had never been recorded. pic.twitter.com/ptniV3UY9V

San Francisco Giants Outfielder Hunter Pence shared his passion for the environment on Infield Chatter, a social media channel produced by the Major League Baseball Players Association. We love seeing players share their passions with fans, creating a special connection off the field and bonding over a great cause.

To save the earth. 🌎 pic.twitter.com/xHK0UqAZ4q

The team at Pixar knows how to tell a visual story – and this Earth Day, they used their talents to create the Pixar Earth Week Art Show. The thread shows the incredible breadth of their team’s talents and the breathtaking beauty of our planet.

The Earth is our home and it’s worth taking care of. This year, employees across Pixar came together to create art that pays tribute to the beauty and natural wonders of our planet. Take a virtual tour of our Pixar Earth Week Art Show. #EarthDay pic.twitter.com/kI0uS0hRt7

Topping it off with a moment of zen, do not miss this gorgeous video from the National Aquarium. Nothing like the ocean to remind us how beautiful the earth is, and how lucky we are to live here!

Today is the 50th anniversary of Earth Day! Although we celebrate and strive to protect our planet every day, we’re extra grateful to call such a beautiful place home during these unprecedented times.

Thank you to these wonderful brands and to all of you for inspiring us with your thoughtful, moving content. Did we miss anyone? Tweet your favorite #EarthDay content @getlibris.

Kristin is the Content Marketing Director for Libris. She covers visual storytelling trends and best practices here on the Libris blog and uses her background in television production, daily news and communications to shoot, produce, edit and publish video content for social media, marketing and sales. Announcing The PhotoShelter Summit for Brands All Your Questions Answered: Houston Dynamo’s Storytelling Off the Pitch How to Delight Your Followers with Zoom Backgrounds All Your Questions Answered: An Inside Look at Houston Dynamo’s Media Library 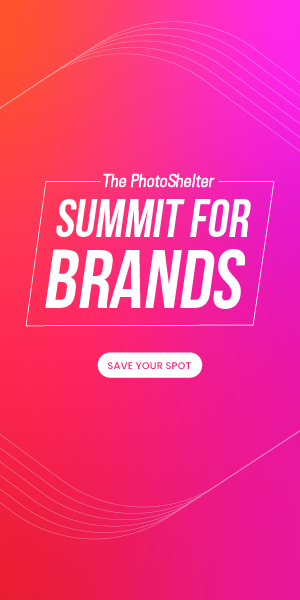